Right now, I have three books lined up waiting to be written… plus a challenge story involving a ginger merman, and a potential sequel to First Contact. I also have what seems like a negative amount of time, but I refuse to let that stop me. Time is a state of mind. Ahem. 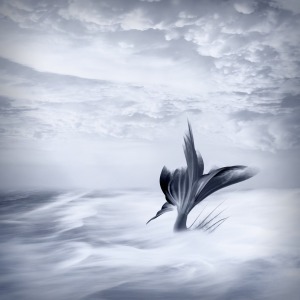 Amazingly enough, I already have titles for most of these stories – and even a book cover for one of them! I really do seem to have overcome my title impairment of yore, I’m glad to say. So really, there’s very little standing in the way of me just finishing them already.

The merman challenge story is up first, and will involve beavers, corpses, lots of singing and (probably) no fluff at all. Possibly a Little Matchgirl and/or other eldritch horrors. We shall see.

After that I want to return to an m/m urban fantasy I’m already about a third of the way into. It needs to be extensively rewritten for reasons of both creeping chastity and general plot, but I think I have a good handle on how to tackle this now.

This story is a dystopian fantasy featuring demigods, various religious cults, organized crime and shadowy government agencies. It’s not necessarily a good thing to have divine powers, as my hero can tell you… and as for the gods, you’d better hope you stay under their radar.

A second m/m fantasy – as yet in the planning stages – is a world-hopping story with a twist, a non-heroic hero, a lot of identity issues… and a devil along for the ride. 😉 The plot has yet to come together properly in my mind, but I’m very enthusiastic about this second story; writing it should be a lot of fun. I hope things fall into place in my head soon.

Lastly, there’s a mainstream-ish science fiction epic that I’ve been working on, on and off, for a decade or so. I’m very fond of it, and I do want to finish it one of these days…

And of course, there’s always the chance of random story ideas ambushing me out of the blue. That does happen rather a lot.