Several people have asked where I got the idea for “Love for the Cold-Blooded, Or: The Part-Time Evil Minion’s Guide to Accidentally Dating a Superhero”. I’ll try to answer this as briefly as possible… which is still not very brief at all.

A little over a year ago, a friend recounted several interesting anecdotes from an article about serving the extremely wealthy. There was a family who entirely forgot about one of the many estates they owned, for example, while the estate in question was kept in top shape by staff: a ghost mansion running smoothly along in constant readiness for a visit that never came. 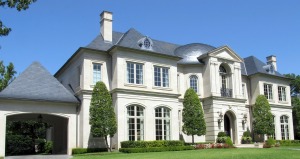 My friend also mentioned that most of the fiction she read got the details of extremely rich people’s lives wrong. Hmm, I thought. Yes, I’ve also read stories like that, and those details have always rung false to me. Fictional characters living in a billionaire’s mansion check what they have in the fridge and fix themselves a sandwich, making a mental note to go shopping because they’re almost out of ham; they call out for fast food; they forget to do the laundry; they discover they’ve run out of their favorite cereal, and squabble over who ate the last portion; they split chores like making breakfast and doing the dishes. All perfectly ordinary activities – all things that a very rich person living in a mansion would never ordinarily do.

So I got hold of the article, did some research, and the core idea of Pat’s job as night manager to the Andersen Estate – and Nicholas’s two-steps-removed-from-normal life – was born.

The idea of writing a novel set in a superhero world has been rattling around in my mind for a very long time. It was always clear to me that the protagonist would not be a hero, because I have problems with heroes, super and otherwise. All of the other details were up in the air, however.

Then, superhero movies had their renaissance, and I rediscovered my love for the genre, largely through Magneto and Professor X. (As an aside: You can’t tell me those two aren’t canonically an item. Also, guess which one is my favorite? I’m very predictable in some things…)

When my friend mentioned that article, things began to come together in my mind.

Another factor that came into play was the troubles I was having with the m/m romance I was then in the middle of writing – an urban fantasy full of gods, demigods, mobsters and menacing cults. This story had progressed to the point where the romance absolutely needed to get off the ground. The scene I’d planned for the first kiss was right there, and… nope. No go.

No kissing. No romance. My story had been hit by creeping chastity. The main character had very real other problems, and was light-years away from thoughts of romance and/or sex.

So when I took a break from that still-unfinished book to start Love for the Cold-Blooded, I decided to take measures to ensure these new guys could not turn unexpectedly chaste on me. I am glad to say this worked perfectly. No creeping platonic feelings here!

Of course, many additional factors came into play, as well. The character constellation is one I love: Two extremely different characters who complement each other, and who learn to value

each others differences. I also love romance between people who are or should be enemies, or at the very least opponents. And I wanted to write a “look again”-character like Pat: A guy who presents himself like a douchey dudebro jock, but is – at second glance – actually very different… all while retaining an undeniable streak of douchey, dudebro-ish jockishness.

So, in four incomplete nutshells, that’s how “Love for the Cold-Blooded” came to be. There’s a lot more to it than that, but I do think I caught some of the main points!

The article I mentioned is “You Rang? Mastering the Art of Serving the Rich” by John P. Davidson (Harper’s Magazine, January 2014).