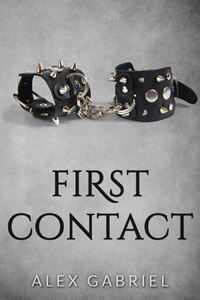 Newly transferred detective Jon Messina’s short a partner, too, except that his was murdered by the mafia. Jon may seem breezy and lighthearted, but he has a score to settle. And to do so, he’s willing to do whatever it takes.

Except that it may take more than either of them can afford. Because their cover as a dom and sub couple spins out of control the minute they set foot into mafia-controlled sex club Gomorrah. What should be mere pretense threatens to become desperately real. And if Rick can’t control his desires, he’s going to get them both killed.