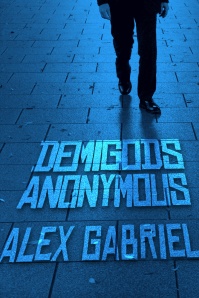 Being a demigod isn’t easy. Either you’re plagued by a tendency to turn everything you touch green or sneeze glitter, or your’r unlucky and have a truly useful or dangerous power… a power that your godly parent’s cult will want to claim for their own.

James is one of the unlucky ones. His power is one the cults would kill to control… as would many other people. Like the government agency forcing him to infiltrate the mob. Like the mob prince taking an immediate and inexplicable interest in him.

Unlike his godly parent, whoever they are. But that’s okay. James has always been able to take care of himself. The rest of the world will just have to bend.

Buy on Amazon as e-book or paperback